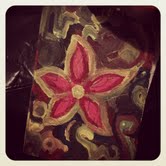 My freshman year of college I met my amazing friend, Hannah.  We have recently reconnected through her incredible life coaching work (hannahmarcotti.com) and we finally got to connect in person last week.  So here I am perusing the journal I kept at that time.

Man, I used to write lists!  Goals, plans, hopes, resolutions, you name it.  I read this “To Do List” the other night from a college journal and I couldn’t stop laughing.  I put find myself as a 2nd semester goal after collect cool jewelry.

I love the randomness, the freedom of wanting so many little things inside of so many big things.  It reminds me of those important questions we have growing up.  It’s not just who am I? It’s more like how the hell do I figure that out?  Of course, some of this stuff is kind of embarrassing… I even removed a couple of items before publishing this post, just saying.

* Maintain a 3.5 (or better it)
* Have money to buy cool clothes
* Excel in voice lessons
* Speak intelligently
* Stop the ‘hah’ business
* Take people seriously
* Keep myself healthy
* Collect cool jewelry
* Find myself
* Make Scott a close college friend
* Never fall behind in school work
* Treat people fairly
* Sight read better
* Keep my teeth and hair healthy
* Sing more at Grassroots
* Study driver’s manual
* Apply for summer jobs
* Make everybody like me
* Never slack off in my sense of style
* Either accept my public image or stop worrying about it
* Come to terms with how I want my public image to affect my self image
* Write some serious poetry
* Have Rick or Kevin write music to my song
* Stop feeling obligated to keep in touch
* Cry whenever I need to
* Be alone sometimes
* Work out at the gym
* Buy a bikini
* Get tough
* Ace my finals

At the end of the semester I went back and assessed how I did:

Find myself… well, that’s a very long term goal.
Public image affecting self-image… I’ve decided it doesn’t work that way.  One’s self-image affects one’s public image.
Cry whenever I need to… Why was that on the list? I’ve always done that.
Get tough… Now I’m trying to be much, much softer and less sarcastic.
I don’t think I set my standards too high, except with things like ‘make everybody like me.’ That’s just so impossible, and it drives me NUTS.

I’m sure I’ll start another list before school starts next year.  You know who started me on that? Hannah.  I saw one on her wall one time.  We’ve both been making them and revising them whenever we feel we need to.
Reaffirmation of the soul, I guess.

When I was in college my

boyfriend told me I sang with too much attention to technique, like I was in some kind of recital.  I was singing along with Nirvana, probably using my head voice (with vibrato).  He was so very right.  And in that way, my punk drummer boyfriend became a new kind of vocal coach in my life.

In middle school and high school I learned the “right” way to sing and got a bit caught up in that mentality.  We had Regionals and All-State auditions, and it seemed like the kids who were in bands, who sounded fantastic and fun, were rejected in favor of those who had well-trained, plain sounding voices.

This is not to say that good vocal technique must make you sound plain – quite the opposite – but focusing on what is “right” rather than what is natural, authentic and real within you certainly will.  Technique should keep your voice healthy while you explore your musical emotions and allow your own sound to develop.

After my boyfriend made that comment I started to think about who my favorite singers were, and they weren’t vocalists with perfect technique.  My list at the time would have included:

While I appreciate a well-trained voice that is open, flexible and sounds completely flawless, I want to hear songs fueled by raw emotion like any other music lover.

Magic happens when you can connect vocal training with that kind of feeling.  Then you can inspire others and create music your entire life, using your entire vocal range, with a healthy voice that is free of issues.

My passion as a vocal coach is to take those with that kind of natural connection to music and help them emote bravely, effortlessly and effectively.

Take it from my punk-rock-college-band-drummer-boyfriend: Reaching your potential as a singer doesn’t mean focusing on a singular idea of what is “proper.”   It means mastering your instrument so you can express yourself in a meaningful, perhaps earth-shattering, way.